Update: Christian found a workaround for compiling code that references Ecore types. We adjusted the article.

Lots of thanks to Christian for figuring this out together.

The complete example is available on github.

Also, we included all the files as Listings at the end of the article. They are heavily commented.

Inside an Eclipse plugin, we have EMF models defined in both Xcore and Ecore, using types from each other. Also, we have a Helper Xtend class that’s called from Xcore and uses types from the same model. We want to build the Eclipse Plugin with Maven. We also don’t want to commit any generated sources (from Xtend, Xcore, or Ecore). 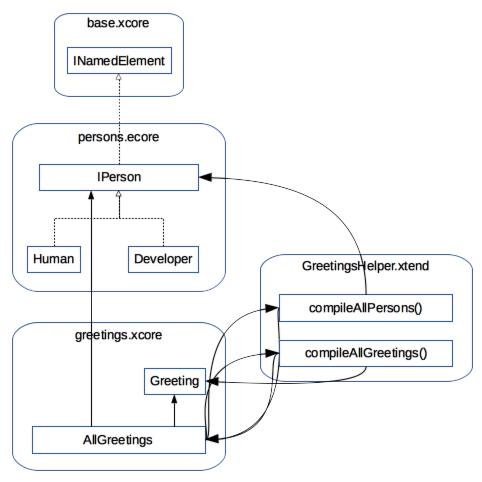 Java (and Xtend) can solve such cycles in general, but only if they process all members at the same time. Thus, we need to make sure both Xtend and Xcore are generated within the same Maven plugin.

We didn’t find a way to include the regular Ecore generator in the same step, so we keep this in a separate MWE2-based Maven plugin.

For generating persons.ecore, we call an MWE2 workflow from Maven via exec-maven-plugin. The workflow itself gets a bit more complicated, as we use INamedElement from base.xcore as a supertype to IPerson inside persons.ecore. Thus, we need to ensure that base.xcore is loaded, available, and can be understood by the Ecore generator.

Afterwards, we use xtext-maven-plugin to generate both Xtend and the two Xcore models. To do this, we need to include all the required languages and dependencies into one single plugin in our maven pom.

The first version could not compile GreetingsHelper.compileAllPersons() because it referenced types from persons.ecore, and these could not be resolved by the EMF validator. As a workaround, we disabled the validator in the workflow. 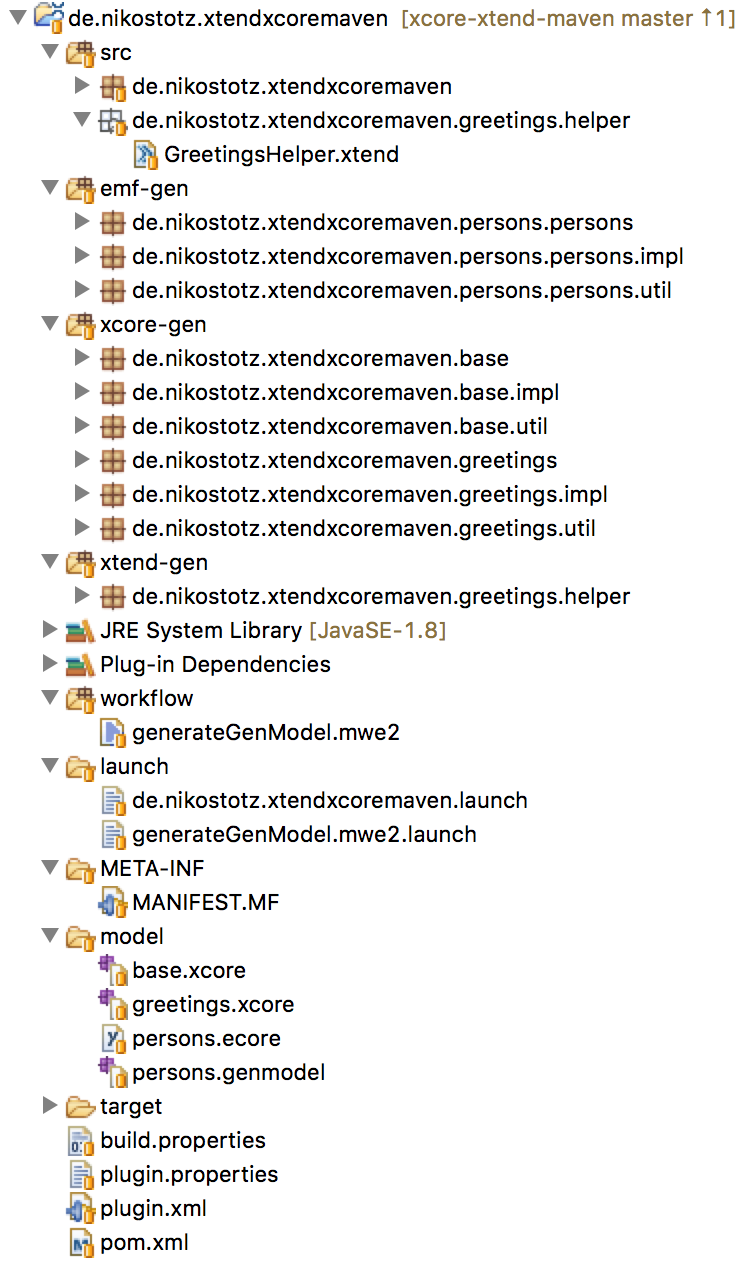 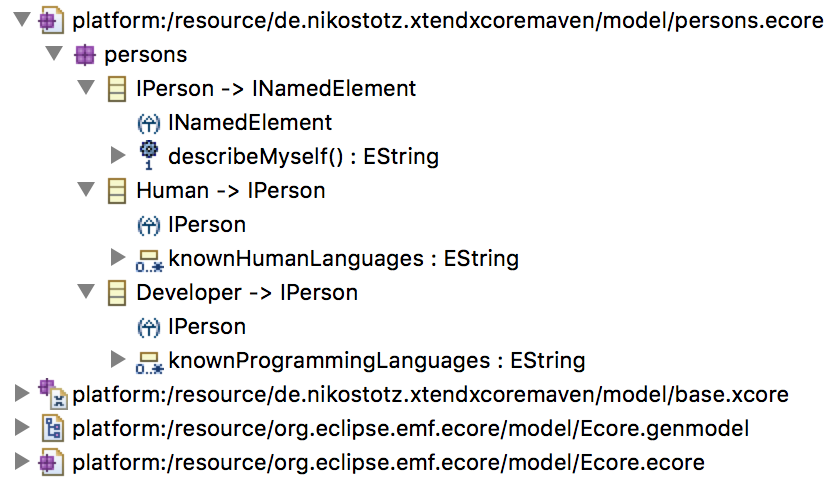