First Eclipse DemoCamp in Eindhoven: A Great Start and Even Greater Community 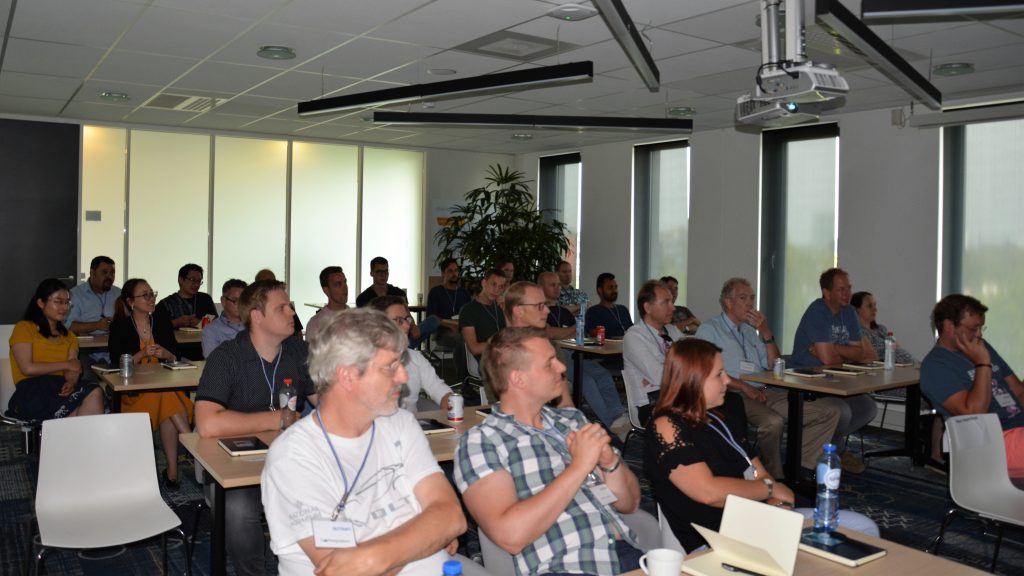 Yesterday, we held the first Eclipse DemoCamp ever in Eindhoven, at the Altran office. About 40 people from a dozen different companies joined in and enjoyed the nice dinner buffet. 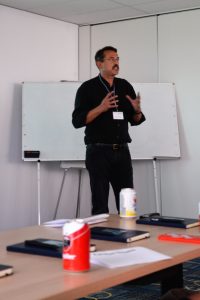 Marc Vloemans of Eclipse Foundation kicked off the DemoCamp with a short introduction: DemoCamps are about showing the great work members of the Eclipse community contribute – committers and users alike. Marc emphasized the possibilities of sharing the work between different groups and projects, vastly simplified by the Open Source concept.

Next up was Karsten Thoms of itemis. He swept the audience with an awesome intro – go see it if you have the chance, for example at the DemoCamp Bonn next week or (most probably) EclipseCon Europe in October! Without spoiling the fun, let’s say it gave A New Hope … 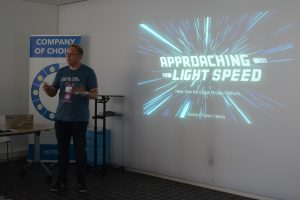 Karsten reported on the many changes he and more than 100 other community members contributed to the Eclipse Platform for the Photon Release Train. He showed lots of examples of the general speed improvements of Eclipse Photon. Also, the Run Configuration’s “Add all required Plug-ins” button finally fulfills its promise! 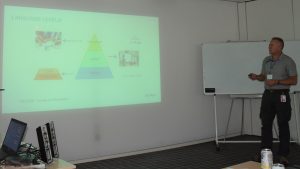 Marc Hamilton explained Altran’s approach for real-world complex modeling environments based on half a dozen Eclipse technologies. At the end, there is always some software produced. Using a modeling approach, most of the actual software production is pushed to generators, while the engineers focus on describing the issue at hand in domain-specific languages.

Marc showed how EMF, OCL, QVTo, Acceleo, EGF, Xtext, and Sirius are used, and listed the advantages, drawbacks and a wishlist for each technology.

During the break, we had the opportunity to pick up stickers provided by Karsten and discuss with other members of the community. 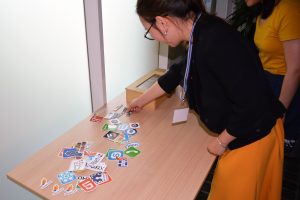 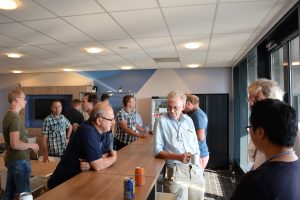 After the break, we enjoyed the talk of Mélanie Bats, arriving directly from Obeo in Toulouse. She showed new features of Sirius 6, most prominently the ELK layout integration and the magic connector tool to auto-select applicable connections. 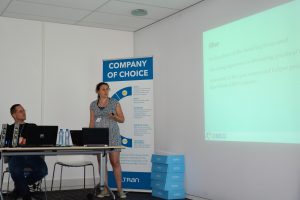 Furthermore, she gave an outlook on the future of Sirius both within Eclipse and in the Web. She envisioned a Graphical Server Protocol akin to the Language Server Protocol to federate diagramming providers from the clients. 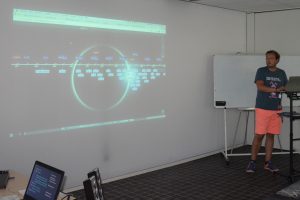 Last but not least, Holger Schill of itemis presented the new features of Xtext 2.14. He reported on the huge effort required to get Xtext fully compatible with Java 9, 10, and Junit 5 in all supported environments – and there are plenty! Other notable enhancements include code mining support (showing additional information within the editor without changing the file) and support for new Project / File wizards. The latter ones do not only create plain wizards, but provide a rich API to create customized wizards without the usual hassle of creating SWT dialogs.

We presented a small gift to all the speakers, who spread the word in the community on their own expenses — Huge thanks to Marc, Karsten, Marc, Mélanie, and Holger! 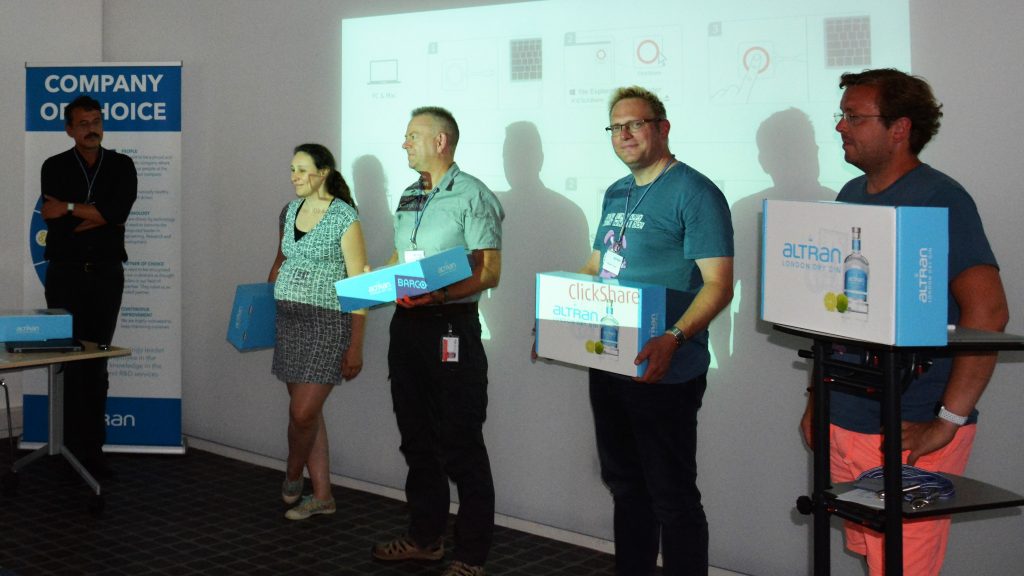 Lots of community members stayed to discuss the presentations and talk to the creators of the technology we use every day.

We enjoyed the DemoCamp a lot. We’re looking forward to have even more talks, topics, and attendees next time! 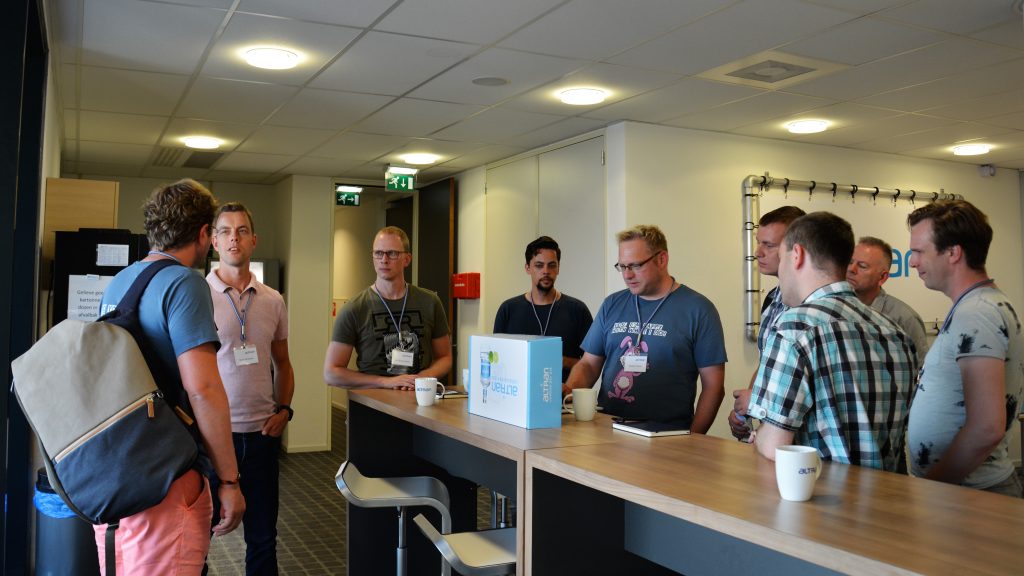 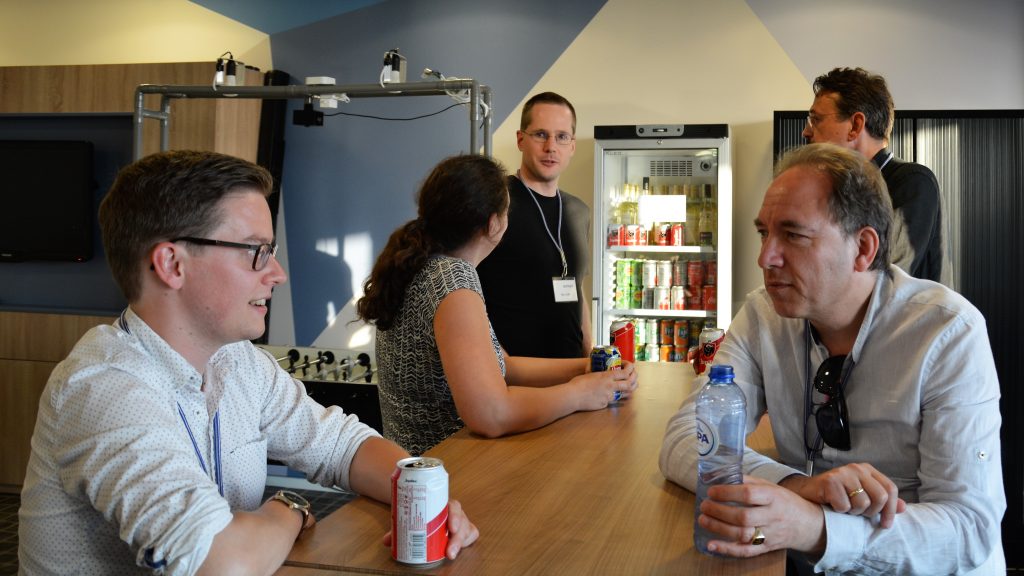 One Response to First Eclipse DemoCamp in Eindhoven: A Great Start and Even Greater Community